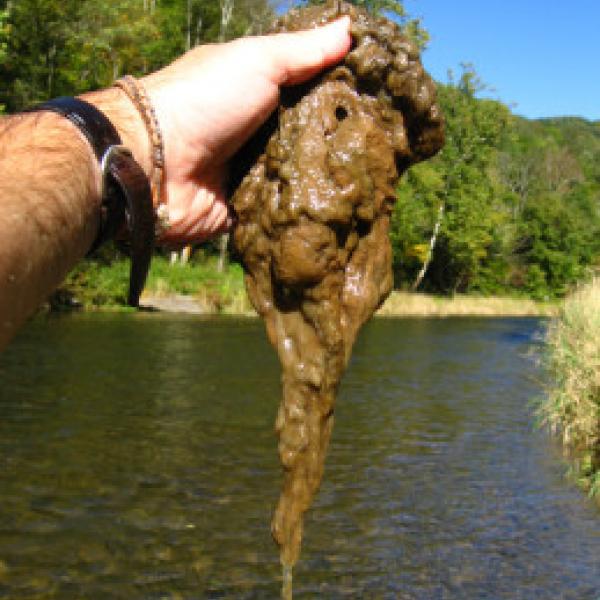 In the mid-2000s, a brown, slimy organism began showing up in some of Vermont’s high-quality trout streams. First in the Batten Kill River in 2006, and later in the White River and Mad River, among others. It appeared that Didymosphenia geminata (Didymo, or “rock snot”) had gained a foothold in the state, and was slowly spreading across Vermont. There were fears that the... 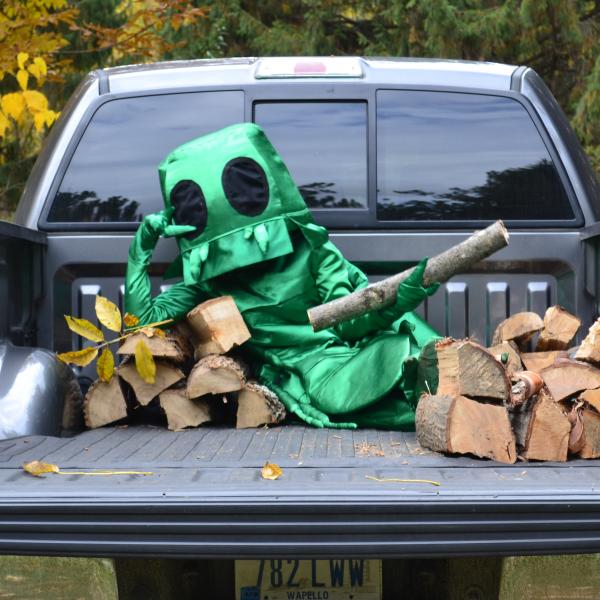 The Regional Invasive Insect Preparedness Team (RIIPT) presents four new hilarious and educational emerald ash borer public service announcements. The videos were produced by Demars Media and their work was funded in part by a Caring for Canopy Grant from the Vermont Urban & Community Forestry Program. Check out the videos... 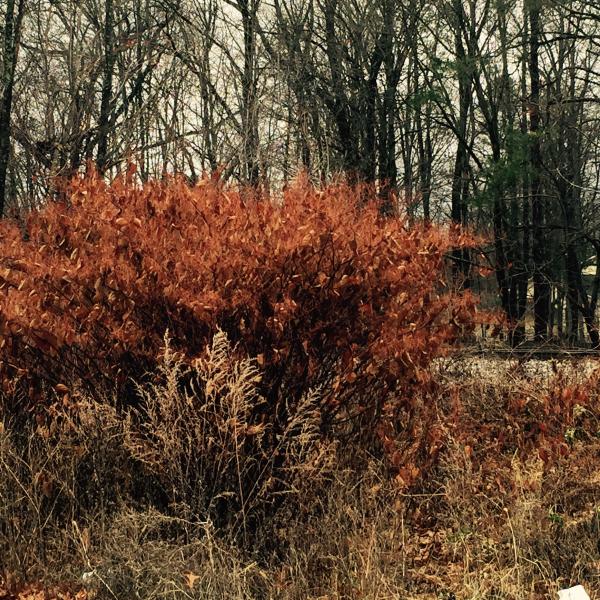 "Permaculture is on the rise. Like small-scale, local farming in general, permaculture is fueled by increasing reports of damage caused by industrial-scale agriculture – pollution of land and water, neurotoxic pesticides, inhumane treatment of domestic animals, and sweeping destruction of habitat. 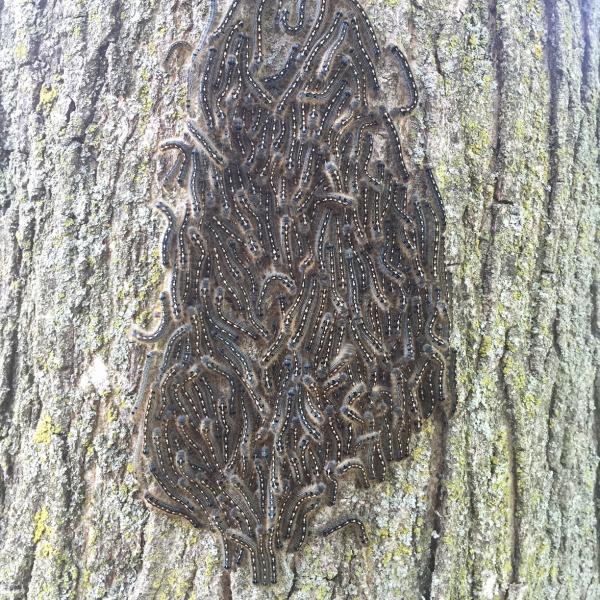 Forest Tent Caterpillar Populations Are on the Rise

This spring we’ve had reports that populations of the native forest tent caterpillar (FTC)
are building in Windham, Windsor, Franklin, Lamoille, Orleans, and Rutland Counties. The
window of concern is May and June when the FTC larvae are actively feeding. Although caterpillar
development seems ahead of normal this year, there should be several more weeks
before they... 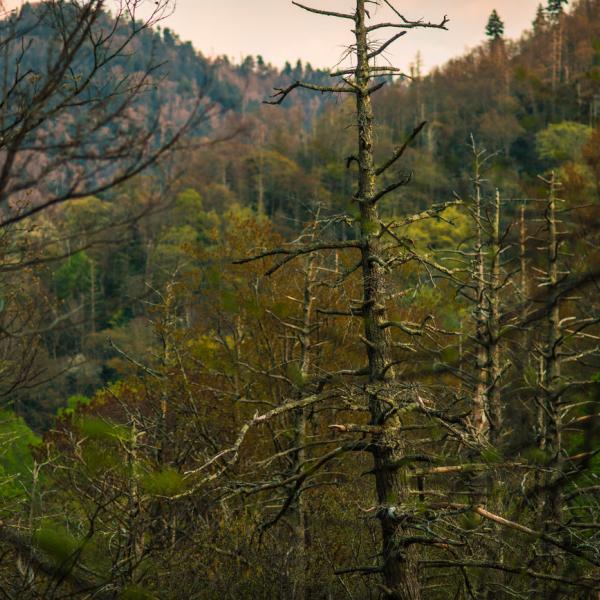 The forest at Great Smoky Mountains National Park is sick, infected by invasive bugs and plants. Matt Moore, Kaleb Lique Naitove and Emily Baird of the National Park Service are some of the field medics trying to keep it alive. 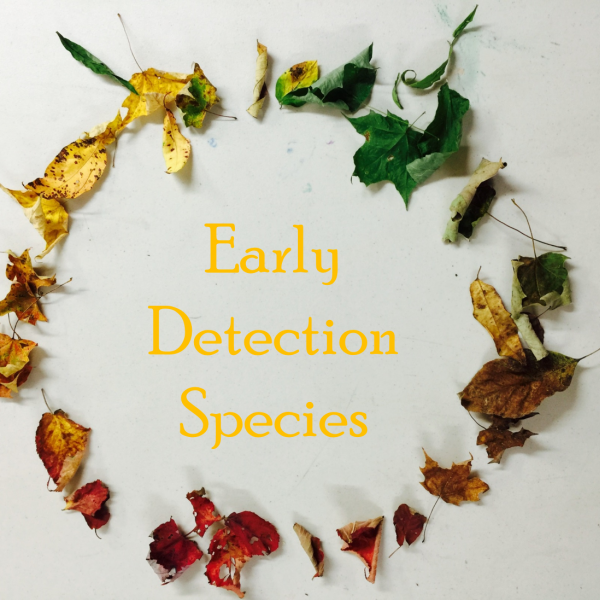 Many Ways to “Play” AND Do Good Work

This June, The Vermont Urban and Community Forestry Program is piloting a NEW Backyard Woods Program. The Program will be piloted in Washington County and is a four-week online program. 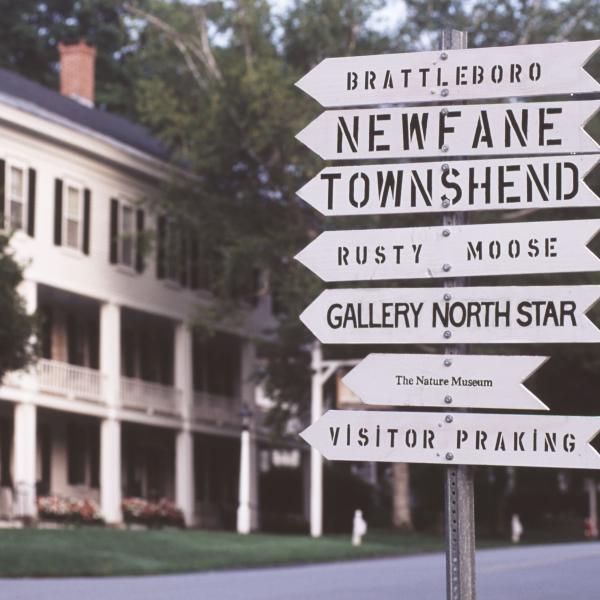 Invasive Plants are Spreading into Vermont 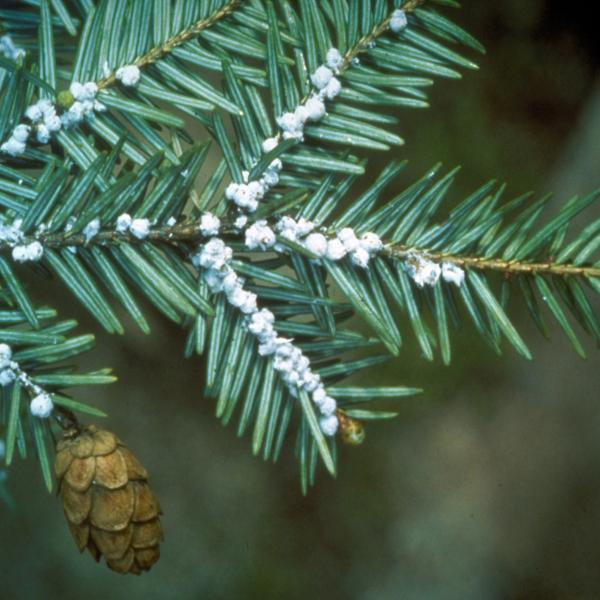 Springfield, Vt. — An invasive pest with a nasty habit of killing trees has established a toehold in the Upper Valley, and could bring devastation to the area’s forests in coming years, wildlife officials say. 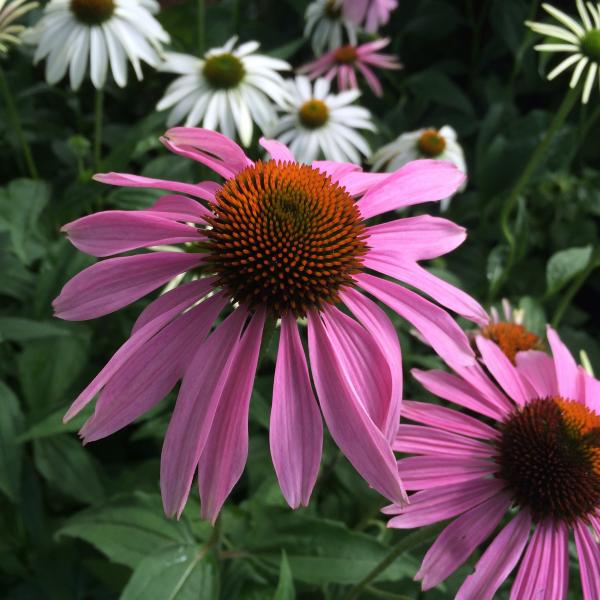 Native Plants for Ecology and Horticulture

"The United States has a rich native flora of over 18,000 native plant species. Plants color our distinctive and inspirational landscapes and provide a multitude of ecological goods and services. Native plants continue to provide new material for domestic gardens and urban spaces. Increasingly naturalistic planting schemes draw on the rich palette of native species combined with plants from... 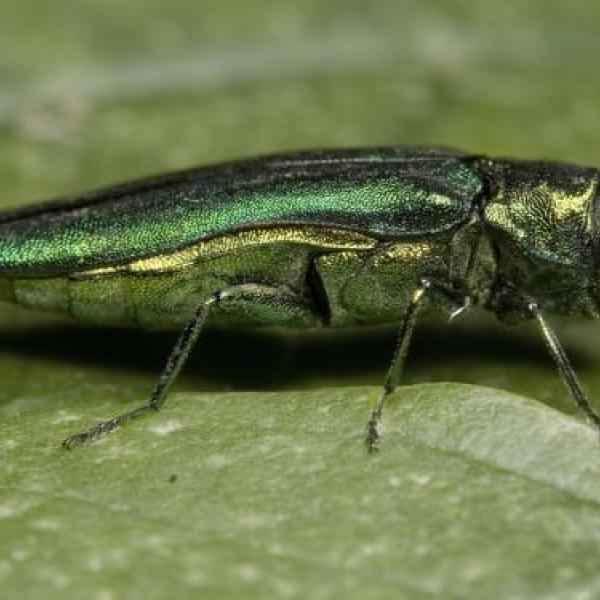 Infection is hard to detect at first. It takes up to three years for the serious symptoms to show, but when they do, it doesn’t take long.

Ash trees became common in Vermont after Dutch elm disease decimated elm populations across the state, starting in the 1960s or so.

Now, ash trees are at risk.

The problem is the emerald ash borer, an insect native to eastern Asia... 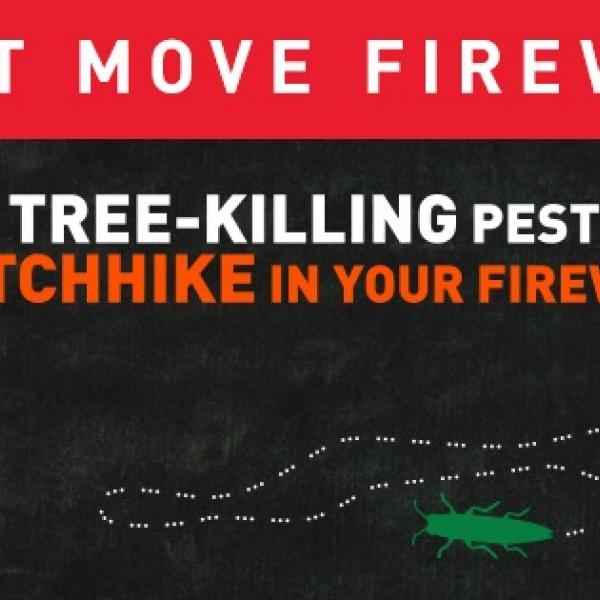 A new Vermont rule effective May 1st prevents invasive insects from piggybacking into the state on untreated firewood. As summer camping season arrives, visitors to Vermont should be prepared to buy firewood in-state or be able to verify that imported firewood is heat-treated to USDA-approved standards. 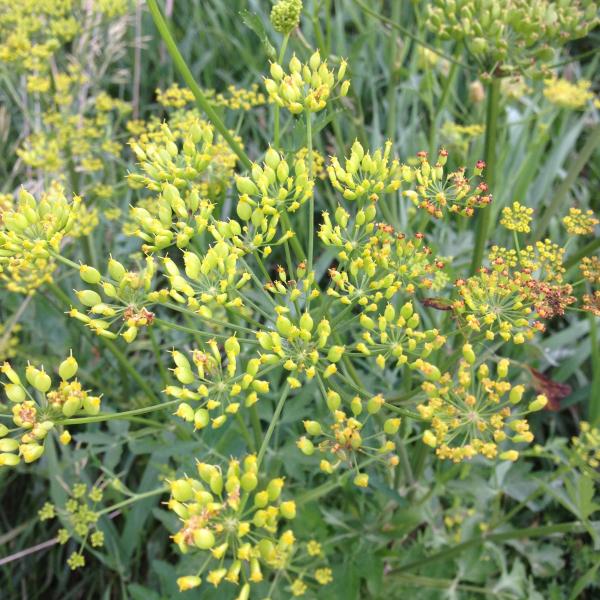 Invasive Plants are Spreading into Vermont

The flowers in your garden aren't the only plants springing back to life, those unwanted weeds, and invasive plants are also breathing new life.

Though we are welcoming the greening up of trees and lawns, not all plants coming back. 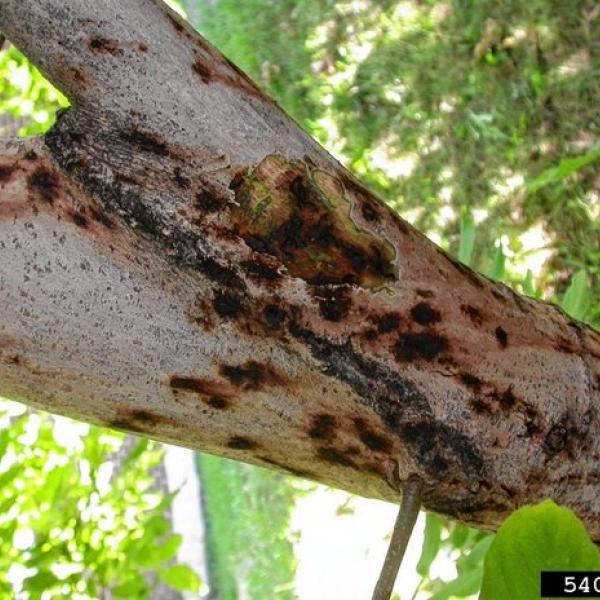 Syracuse, N.Y. -- A tree disease capable of wiping out black walnuts across the Eastern U.S. is heading for New York.

Thousand cankers disease has arrived in Ohio and Pennsylvania. It has not yet been found in New York state, but it could be on its way, or even here already.

"It could come into New York at any time," said Karen Snover-Clift, director of the plant... 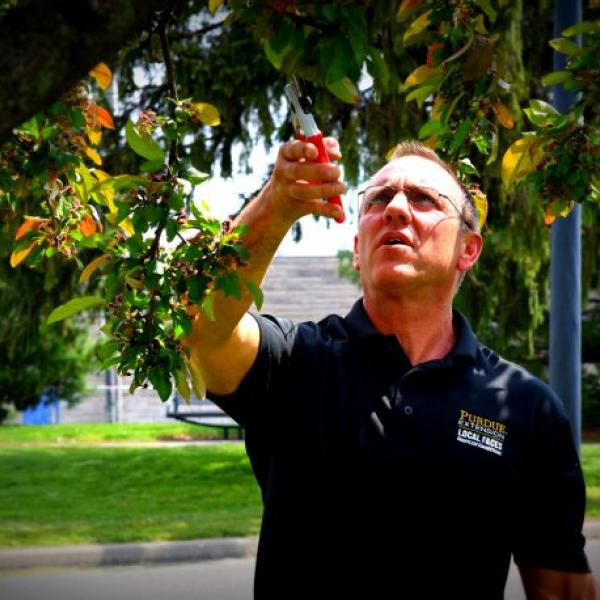 COLUMBUS, Ind. – When it comes to pruning trees, it’s easier to start when the plant is newly established.

The more formative pruning done to a tree, the less work it will require later on.

“Whenever you prune, you’re going to have a major impact on that tree,” said Lindsey Purcell, urban forestry specialist at Purdue University.