Once a population of invasive species has been established, we have the option to ignore it or to control it by slowing its spread. Ignoring infestations can be expensive in the long run (for example, an infested tree costs much more to remove than a healthy one) and will have detrimental effects on the surrounding community. The quicker an infestation is identified, the easier and more cost-effective it will be to manage it. 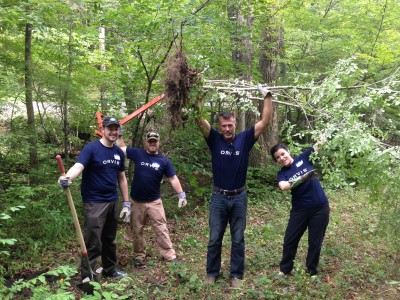 To slow the spread of invasive species, there are three main forms of management to consider: