What are invasive species?

Invasive species are plants, animals, and other organisms that are introduced to a non-native ecosystem and also cause harm to the environment, economy, or human health.

How do invasive species spread?

Invasive species are primarily spread by human activities. Many species are introduced intentionally for reasons like agriculture, medicine, sport, decoration, land stability, and biological control. Here are some examples of introductions:

This vine was introduced from China into the U.S. around 1860 as an ornamental plant, and now grows across most of the eastern U.S.

Introduced to North America from France by E.L Trouvelot in 1869 with the hopes of using the species to start a silk industry in the US. Trouvelot was breeding the moths in his backyard in Massachusetts.

In the early 1900s, Eurasian and Russian wild boar were brought to the US as easy game. To this day, wild boar have been known to escape from privately owned, “game-proof”, fenced hunting preserves.

In today’s globalized world, people and goods travel around the world very quickly, and they often help facilitate the movement of invasive species 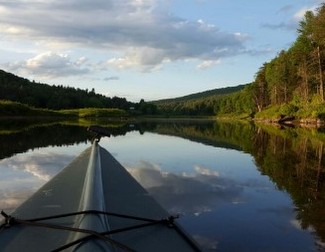 unintentionally or accidently. Some examples include:

In recent years, the rate and risk of invasive species introductions have increased due to increased movement of people and materials. Without natural predators in their introduced environment, combined with their high reproductive ability, invasive species can quickly become widespread and out-compete native species.

Here is more information on what makes some species invasive.