When recalling a drive down a dusty country road, you might remember seeing round green shrubs speckled with small white flowers, in otherwise empty grazing paddocks, or along farm fields. This plant is called multiflora rose (Rosa multiflora) and is a perennial shrub within the Rose family, Rosaceae. The name, multiflora, means “many flowered”, and its nickname, “rambler rose” perhaps comes from its tendency to spread from cane or seed.

Originating from eastern Asia, it has been introduced to many countries including South Africa, Australia, New Zealand, Canada, and the United States. It is believed this species was first brought to the US in the late-19th century as a rootstock for grafting other rose species. In the mid-20th century, multiflora rose was widely planted as a conservation plant, and was also used for erosion control and as an economic alternative to wire fences on pastureland and farms. During this time, the plant was championed as a food source and habitat for many wildlife species like deer, songbirds, and cottontail rabbit.

Multiflora rose has a habit of growing densely, excluding other plants along forest edges and riparian areas, slowing down forest regeneration, and can reduce forage area for livestock, and impede maintenance of trails or fields. It is a caning plant, and each cane can produce upwards of 100 hips, each with several to a couple dozen seeds inside. Those canes can also resprout if the tips touch the ground. The seeds in each hip have a high germination rate, which increases their chance of establishing when spread by wildlife that consume them. The seeds are also viable in the soil for 10-20 years.  Multiflora rose is now found across much of the eastern United States, from Texas to Maine, and along the West Coast in California, Oregon, and Washington. This plant can be found in meadows and fields, riparian areas, forest edges, and disturbed areas.

The invasive tendencies of multiflora rose have only recently been understood. Since then, the pervasiveness of this plant, and its ability to escape cultivation, has led to it being banned, prohibited, or labeled a noxious weed in 13 states including New Hampshire, Massachusetts, Connecticut, Pennsylvania, and New Jersey. In Vermont this species is listed on Vermont’s unofficial invasive plant “watchlist”.

There is a similar, native species—Rosa blanda (smooth rose) but the stipules of this species are not fringed, and the flowers are pink. 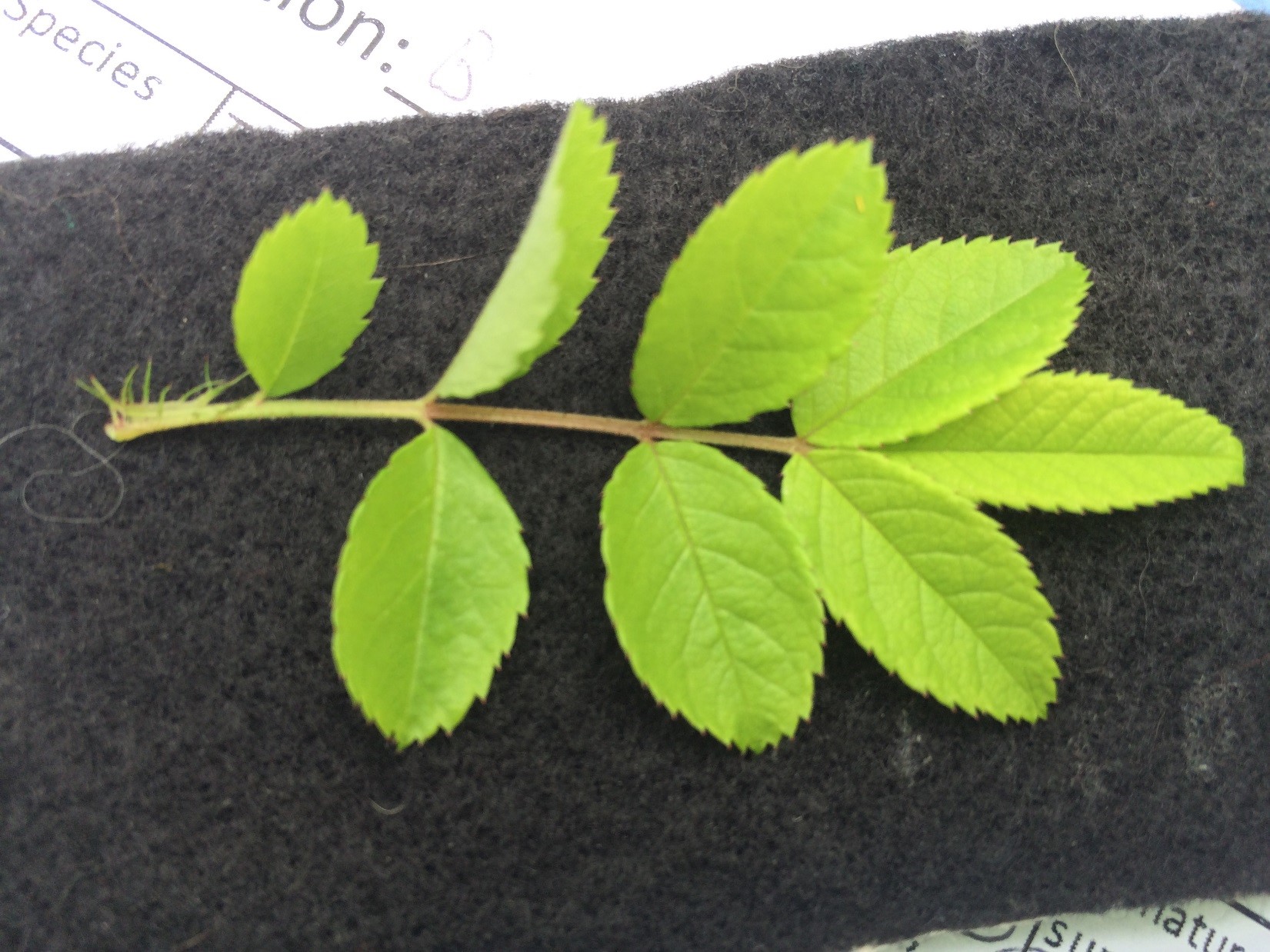 To learn more about Multiflora rose, check out these additional resources:

US Department of Agriculture

Centre for Agriculture and Biosciences International