Lythrum salicaria is a tall, multistemmed (30-50 per plant), perennial forb that can grow up to 5 feet in height.

The opposite or whorled leaves are dark-green, lance-shaped, sessile, 1.5-4 inches long and round or heart-shaped at the base.

Flowering occurs in July to October, when pink to purplish flowers develop in 4-16 inch long spikes at the tops of the stems. Flowers have 5-7 petals and twice as many stamens as petals.

Fruits are capsules that are enclosed in the hairy sepals and contain several reddish brown seeds.

Purple loosestrife is native to Europe and Asia. It was first introduced into North America in the early 1800s for ornamental and medicinal purposes.

Purple loosestrife grows in a variety of wet habitats, including wet meadows, marshes, river banks, and the edges of ponds and reservoirs. It tolerates a wide variety of moisture, nutrient, and pH conditions.

Purple loosestrife can quickly form dense stands that completely dominate the area excluding native vegetation. This plant can spread very rapidly due to its prolific seed production; each plant can produce up to 2.5 million seeds per year. It can also hybridize with native loosestrife species, potentially depleting the native species gene pool.

Loosestrife invades both natural and disturbed wetlands and alters their ecological structure and function.

This aggressive plant spreads both vegetatively and by abundant seed dispersal.

With an extended flowering season, and an unusually high number of flowering stems, each purple loosestrife plant is capable of producing two to three million seeds per year. Research has shown that cultivars, advertised as sterile, are capable of producing viable seed. This plant can also reproduce vegetatively by underground stems at a rate of one foot per year.

This species is Quarantined: Class B Noxious Weed 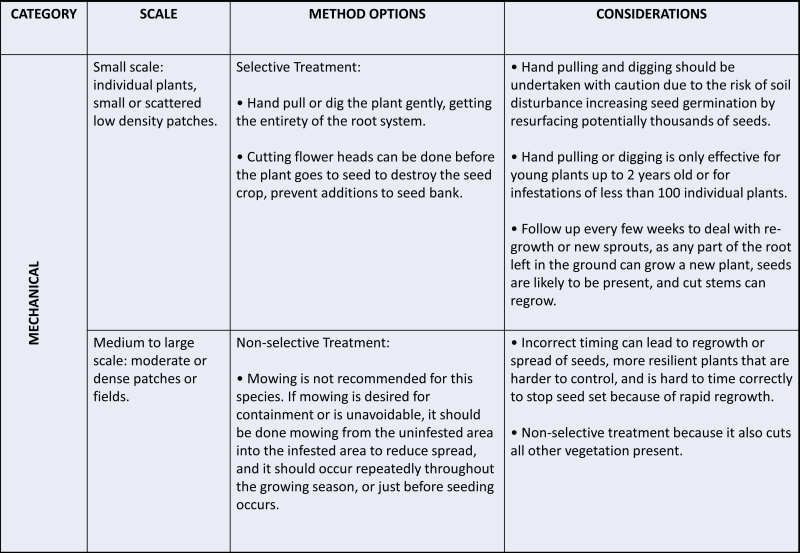 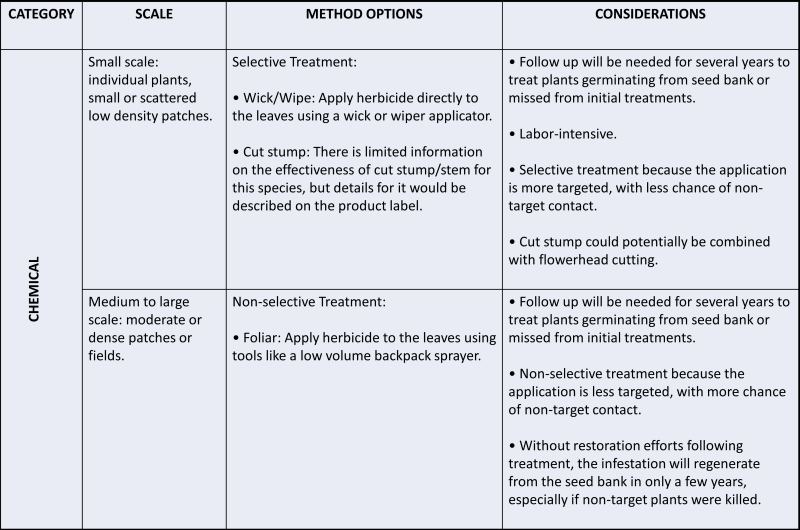 Although they will not eradicate purple loosestrife, biocontrol agents can reduce the severity of impacts from an infestation.

Alternatives to Common Invasive Plants and Characteristics of Select Alternatives