Alliaria petiolata is an herbaceous, biennial forb. First year plants are basal rosettes which bolt and flower in the second year. Plants can be easily recognized by a garlic odor that is present when any part of the plant is crushed.

Garlic mustard was originally brought to the United States from Europe during colonial times as an early spring edible. It's tasty, garlicky flavored leaves make a fantastic pesto and great addition to soups. Help control garlic mustard by harvesting it in the spring and using it for culinary adventures.

Beginning in May (in the mid-Atlantic Coast Plain region), seeds are produced in erect, slender pods and become shiny black when mature. By late June, when most garlic mustard plants have died, they can be recognized only by the erect stalks of dry, pale brown seedpods that remain, and may hold viable seed, through the summer.

Alliaria petiolata is an aggressive invader of wooded areas throughout the eastern and middle United States. A high shade tolerance allows this plant to invade high quality, mature woodlands, where it can form dense stands. These stands not only shade out native understory flora but also produce allelopathic compounds that inhibit seed germination of other species. Alliaria petiolata is native to Europe and was first introduced during the 1800s for medicinal and culinary purposes.

This species is Quarantined: Class B Noxious Weed 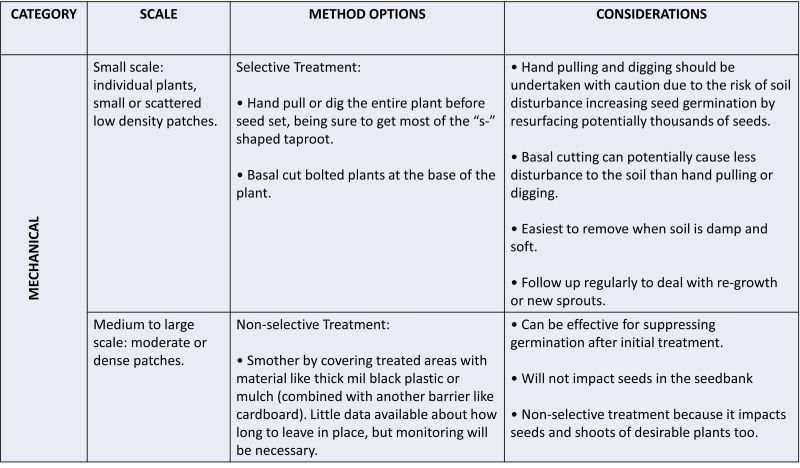 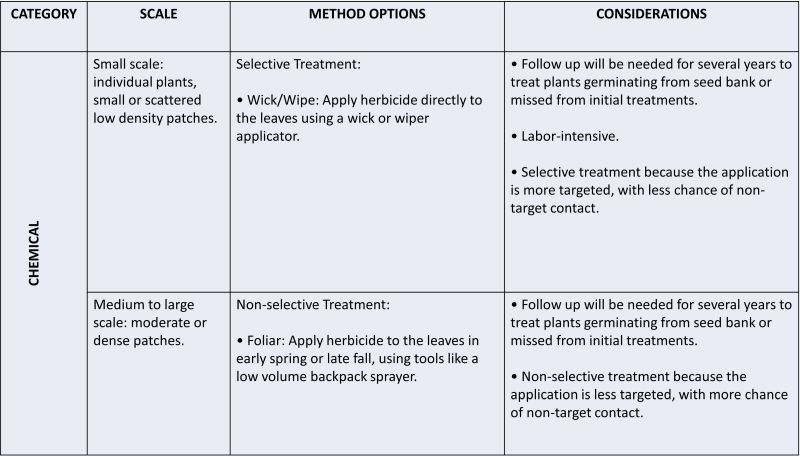 Alternatives to Common Invasive Plants and Characteristics of Select Alternatives